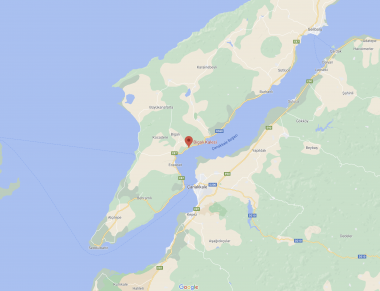 Remains of the Bigalı Fortress (Bigalı Kalesi) will open to public by the end of the year as an outdoor museum. According to the announcement made by the chairman of Gallipoli Historical Site administration, İsmail Kaşdemir, renovation work is nearing completion, and the walls of the fortress as well as the mosque and the weapon repair shop within the premises have been reconstructed in accuracy with the original structure.

Bigalı Fortress, on the western shore of the Dardanelles, 5 km north of Eceabat, originates from the early 19th century, with its construction commencing in 1807 during the reign of Sultan Selim III and being completed in 1820 under Sultan Mahmud II. It was used by the Turkish army as a signal centre and for weapon repairs during the battles of the First World War, and the fortress was also well located to control the northern entrance of the strait.