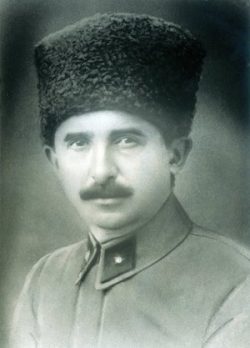 Mustafa İsmet was born on September 24, 1884 in Izmir. After completing his primary studies in Sivas and graduating from the Army Engineering School, he studied at the Army Staff School in 1906 and was assigned to the Second Army in Edirne. He joined the Committee of Union and Progress (CUP) the next year but for a long time he did not get involved in the activities of this organisation. He was a member of the “Liberation Army” that suppressed the counter-revolutionary rebellion in Istanbul in 1909.

İsmet was with the headquarters of Ahmet İzzet Pasha, who in 1910 was sent to Yemen to deal with the rebellion there. In 1912 he became a Major and was appointed as the Chief of Staff of the Turkish forces in Yemen. He returned to Istanbul when the Balkan War broke out and took part in the battles in Çatalca.

When Enver Pasha launched the initiative of reforming the army, İsmet Bey was one of the leading figures in this process. He climbed the ladder fast, becoming a Lieutenant Colonel in 1914 and a Colonel the next year. In the early phases of the World War, İsmet was in the Caucasian front. In January 1917, upon the recommendation of Mustafa Kemal, he was made the commander of the IV Corps. He did not stay there long, he was appointed to the command of the XX Corps in Syria in May 1917 and to the command of the III Corps in June 1917. Later he was called back to Istanbul and he took part in the establishment of the Seventh Army in Aleppo. During all these time, he was in close contact with Mustafa Kemal.

A few days before the armistice was signed, on October 24, 1918, İsmet Bey became the Undersecretary of the Ministry of War. Over the following months, he undertook some duties in Istanbul and in 191, he married Mevhibe Hanım. It was in April 1920, when he responded to a call of Mustafa Kemal and went to Ankara, severing all of his ties with the government in Istanbul.

İsmet Bey was a deputy of the first Turkish Grand Assembly that convened on April 23, 1920. Two weeks later, as he was still a Colonel, he was appointed as the Chief of Staff of the armed forces of the Ankara government. He was made a general afterwards and meanwhile, a military tribunal in Istanbul sentenced him to death in absentia.

İsmet Pasha was one of the leading commanders in the Turkish War of Liberation. He was appointed the commander of the Western Front in May 1921 and he also played a crucial role in suppressing the local rebellions. In the same year, he stopped the Greek offensive in the Battles of İnönü and later on he led his forces to victory in consequent battle against the Greek army. 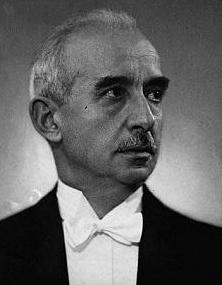 After the war, he represented the Turkish side in the Armistice of Mudanya and on October 26, 1922, he became the Minister of Foreign Affairs. He was the head of the Turkish delegation, which negotiated the renewed terms of peace with the Allied nations and signed the Treaty of Lausanne that led to the creation of the Republic of Turkey.

The Republic was proclaimed on October 29, 1923 and İsmet Pasha formed the first government the next day. He resigned in 1924 but was reappointed as the Prime Minister in the same year and remained at this post until 1937. He acted after every crisis, such as the civil disorder of Sheikh Said to restore peace in the country. He also managed the successful economic launch, especially after the 1929 economic crisis, by planning with the help of the Soviet Union.

After the death of Mustafa Kemal Atatürk, he was the only candidate to succeed him, and he was elected as the second President of the Republic of Turkey. His biggest political achievement was keeping Turkey out of the Second World War. In 1950 his party, the Republican People’s Party, lost the general election and presided over the peaceful transfer of power to the Democratic Party. İsmet İnönü served for ten years as leader of the opposition before returning to power after the coup of 1960.

In early 1960’s, İsmet İnönü worked hard to ensure a healthy functioning of the post-coup political system in Turkey. After the Cyprus incident in 1964, when the United States intervened to prevent a Turkish military operation to the island, he diversified the foreign relations, which led to Turkey’s accession to the European Common Market and stronger relations with the Soviet Union. His government lost the elections in 1965.

İsmet İnönü left active politics in 1972 when he resigned as the chairman of the Republican People’s Party and left his seat at the Parliament. He passed away on December 25, 1973 and was buried at Anıtkabir, Atatürk’s mausoleum in Ankara.