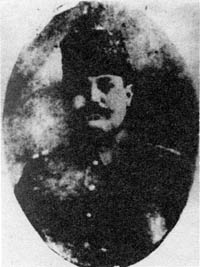 Mahmut Kamil was born in Aleppo in 1880. He graduated from the War Academy in 1902 and his first place of duty was the Fifth Army. During the Balkan War he was the commander of the Shkoder Fort and after this fort fell, he served as the chief of staff of first the V Corps and then the IV Corps.

As the First World War began, Mahmut Kamil was serving at the Ministry of War. On December 22, 1914 he was promoted to general and appointed as the commander of the Second Army and on February 17, 1915 he took the same post at the Third Army, which he kept for one year. In June 1916, he was called back to the Ministry of War. Near the end of the war, he served as the commander of the Fifth Army for five months. Mahmut Kamil Pasha left the armed forces due to health problems in June 1922. A few months later he passed away in Istanbul.