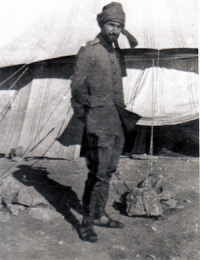 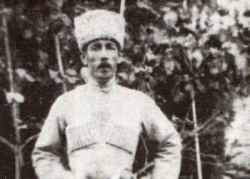 Nuri was born in 1881 in Istanbul. He was the stepbrother of Enver Pasha. During the war, he first commanded the “Army Group Africa”, of which the primary objective was to defend the coastal regions of Libya. He left this post in early 1918 and undetook the command of the newly founded "Army of Islam" for which he was promoted to General by his brother. With this army, Nuri Pasha advanced through Caucasus in order to secure the oil-rich region which was left by the withdrawing Russian army. He was the leading Turkish commander to enter the city of Baku.

After the war, Nuri lived in Germany for a while and returned to Turkey in 1938 when he opened a small arms and munition plant in Istanbul. In 1941, he established contact with the German Ambassador to Ankara, Franz von Papen, in order to gain Germany's support for the pan-Turkic movement in Turkey. He also helped to establish the SS East Turkistan Regiment.

On March 2, 1949, a major explosion destroyed part of Nuri Pasha's armament factory in Istanbul. He was among the 27 people that were killed at the blast. It could never be found out whether it was an accident or sabotage