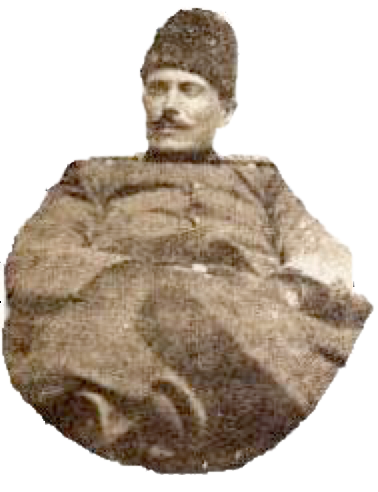 Süleyman Askeri was born in 1884. He graduated from the War Academy in 1905 and his first place of duty was the Third Army in Macedonia, where he also joined the Committee of Union and Progress (CUP). He took an active part in the assassination of Şemsi Paşa, which was a landmark incident on the way of the proclamation of the constitutional rule.

In 1909, he was appointed to restructure the gendarmerie regiment in Baghdad. He was one of the Turkish officers who went to Libya to organise the local resistance against the Italian invasion in 1911. The next year, he took part in the Balkan War and became the head of the provisional Turkish government established in Western Thrace. In 1914, he joined the secret service “Special Organisation” (Teşkilat-ı Mahsusa) which was directly controlled by Enver Paşa. In time he became one of the most important figures in this organisation.

After the Ottoman Empire entered the World War, Süleyman Askeri assumed the Iraq Area Command and the Governorship of Baghdad. He was ordered to retake the Shatt-al-Arab region at any cost. He was wounded during a battle against the British in Shaiba and he was briefly taken to hospital in Baghdad for treatment. Süleyman Askeri Bey could not accept the defeat; he was disappointed, especially about the performance of his Arab levies, and depressed. He committed suicide on April 14, 1915 in Basra.